World of Warcraft: Wrath of the Lich King Beginner’s Guide

World of Warcraft has stood the test of time as one of the main giants of the MMORPG world. Nearly two decades and eight expansions later, it’s still one of the most played games out there. But one of those expansions captivated the hearts and minds of WoW fans and is considered to be the pinnacle of WoW – Wrath of the Lich Kin

Wrath of the Lich King was originally released back in 2008 and the game’s population skyrocketed to an all-time high. It featured a villain many fondly remembered from the Warcraft 3 RTS game, Arthas Menethil, and concluded the story of the infamous Lich King.

Now, fourteen years later, the players will once again have the chance to re-experience Wrath of the Lich King Classic. Whether you played it back then or whether this ends up being your first experience with WotLK, fret not.

We’ve prepared a general guide to help you through the journey and give you all the essential tips & tricks for success in the cold heart of Northrend.

Before you actually begin the game, you’ll have to pick a class. This can and, probably will be, a bit confusing if you’re not familiar with World of Warcraft or MMORPGs in general.

We’ll break it down for you. There’s a thing called “the trinity”, where all classes can be lumped into one of three categories – DPS, Healer, and Tank. The DPS does damage so the fights go quicker, Tanks are there to hold threats and keep the monsters away from the rest of the group, and the healers are there to… well, heal.

So with that in mind, you have to ask yourself what you’d want to be. If healing is your thing then something like a priest, shaman, or paladin would be your pick. This is just one example. It rests on you to test the classes out and see what works for you.

WoW WotLK introduces a hero class called Death Knight, which is a dps/tank class with a lot of sustain. It’s incredibly powerful but takes a while to get good at.

You’ll notice that some classes can fit multiple roles. These are called hybrid classes, such as paladins for example. They have 3x specializations – one for dps, one for tanking, and one for healing. This makes them very strong and versatile.

We’ll start with the basic stuff – leveling. To get to the end game and beat the final boss, you first have to reach lvl 80. Depending on how prepared you are, this can either be a blast or a complete nightmare.

First of all, pick your server. PvP servers are generally more populated, but there’s the risk of getting ganked and losing some of that leveling efficiency. PvE servers, on the other hand, are far more forgiving in that regard as there’s no world PvP or ganking, unless you specifically tag your character for pvp.

Next, we have the consumables. Always bring a stack or two of food and water. You don’t want to find yourself in a situation where you can’t pull another mob because your hp/mana are low, but you also have no food. That’s never fun. Be proactive and buy your food whenever you’re in town to train skills, professions, or turn in quests.

Finally, make sure to get a good addon such as Questie or Rested XP. There are others out there, but these two will provide you with everything you might need. Preferably, use both.

Pro tip – if you want to level efficiently, make sure to kill mobs as you run from quest to quest. This exp quickly adds up and before you know it, you’ll ding the next level. Also, don’t be afraid to pull more than one mob if you feel you can take them on. Certain classes like hunter excel at this, as they can chain pull monsters with their pet, swapping their pet to the next mob while they finish the first one with a bow or gun.

Another important aspect of WoW Wrath of the Lich King are the professions. These are special trades, so to speak, that you can learn and master over time. You can pick two main professions and three secondary professions. The benefits of these are manyfold. Not only do professions provide you with a steady source of income for your character, but they are also a great way to gear up your character and make it more powerful.

WoW WotLK introduces Inscription, which uses herbs gathered in the wild to create powerful scrolls, trinkets, and even weapons. You should definitely try it out!

This is the full list of professions that you can choose. But, like we already said, you can only pick two main ones, so the choice rests on you.

World of Warcraft is a massive game with large zones you’ll have to traverse. That can take time…a lot of it, in fact!

You’ll start off with just your character and you’ll have to run from point A to point B. However, later on you’ll have the option to purchase your first mount, and that will change everything. The mount will drastically increase your speed, making leveling a breeze.

Here’s when you get your mounts:

So, as you can see, obtaining these mounts is a game changer. The first 60% mount will cost you less than 5g, but getting even 5g by the time you’re level 20 can be challenging. That’s why you should check our gold-making tips and always save gold.

Doing Your Own Research

Now, these are just some of the basic tips to get you started on your WoW WotLK journey, but to fully master and understand the game, you’ll have to eventually dig a bit deeper and do some of your own research. Thankfully, today we have a wealth of information at our disposal, as opposed to 2008 when WotLK was originally released.

Here’s a list of some of the useful sites that will help you greatly:

These four should help you get started, but there’s a lot more to be found. One of the more reliable ways of getting information nowadays is just joining specific WoW discord. There are almost always pins for all key information, so it’s quick and easy.

Now, with all the tips & tricks out of the way, all that’s left to do is for you to jump into the World of Warcraft and start exploring it. It’s good to know things ahead of time, but it’s also important to take things at your own pace and immerse yourself into the world.

We hope you’ll have a great time in the new WoW Wrath of the Lich King classic expansion and that you’ll form some really awesome memories there. Who knows, perhaps we’ll cross paths there one day! But until then, happy leveling! 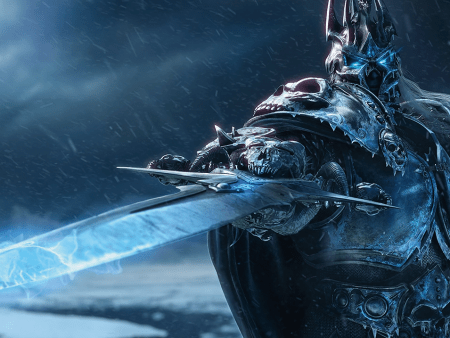